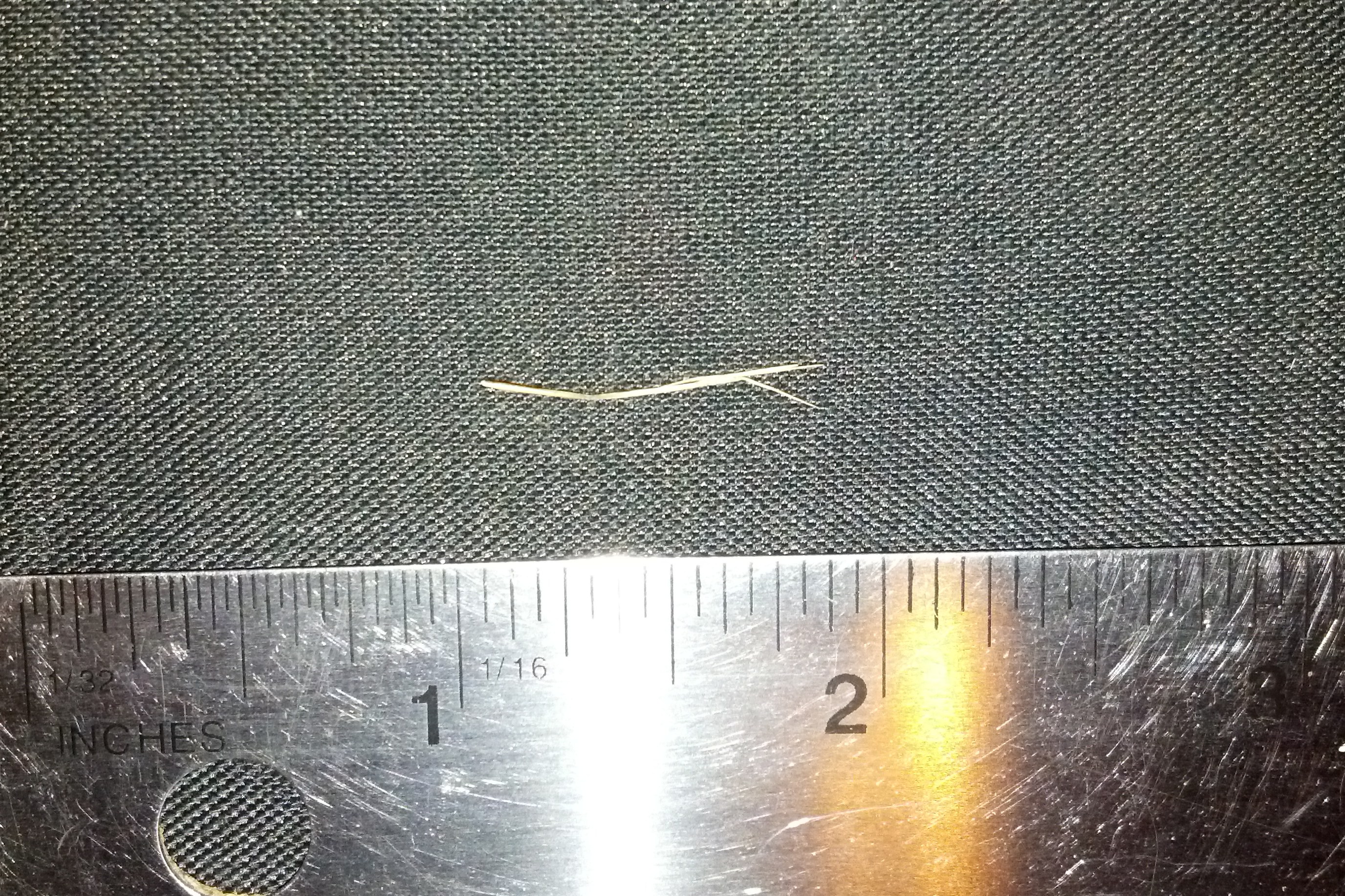 Interesting Case of the Day

Teddy’s “Mom” called and said that he was shaking his head dramatically and non-stop since they returned from his morning walk.   They reported no odor,  no redness and no discharge to been found.

We scheduled Teddy in right away for an ear exam and upon general physical exam showed that everything appeared normal.  Initial otoscopic exam of both ears showed no obvious problems or foreign bodies.   As we continued to observe Teddy and were discussing the possibility of Teddy having successfully shaken out whatever was bothering him, he shook his head in the exam room and lowered his left ear.  Further exam with the otoscope revealed a thin fiber deep in the canal near the eardrum that resembled normal deep ear hair.

A short acting injectable anesthesia allowed for a safe removal of this tiny, inconspicuous danger.   With every movement the dog makes, this type of seed moves forward to the place of least resistance, like a hole (ear canal) or a groove (between the toes).  The seed has a casing called an awn that is designed to dig in to the ground for survival and propagation of its species and the seed uses the same technique to imbedded itself in animals.  These seeds can continue to burrow deeper and cause severe infection and pain.

Dogs with long ear fur, and longer fur in general, are more likely to pick up this type of seed.   Preventative measures are to have the paws and ears (inside and out) groomed short on a regular basis.   There are many types of seeds that have different shapes that burrow and these can be found in ornamental grasses and wild grasses.   Try to stay out of areas with long grass and burrs.   If you find them in your yard, remove them.  And of course, check your dog after exposure to wild grasses and if you find any in your pet’s fur, remove them.

Leave Us a Review